2023 will be a year of class action as we face the severest recession in 100 years. The government tells us that we must suffer months of hardships on top of a decade of austerity, wage cuts and deterioration in working conditions. For them, ‘the weak suffer what they must’ as the capitalist system finds ways to survive its latest crisis. There is no care and no sense of responsibility except towards their cronies and shareholders. RMT activists say this is not a cost-of-living crisis but a crisis in profiteering. One that is pushing our communities, our pensioners into destitution. It is a fight for survival that ties the unions, our families and communities together and our strength lies in our solidarity and collective care. With no choice other than to strike the unions are leading the way and we in the Right To Food (RTF) movement are building solidarity. We cannot have the RTF without our other social and economic rights, starting with the right to living income, work and housing. 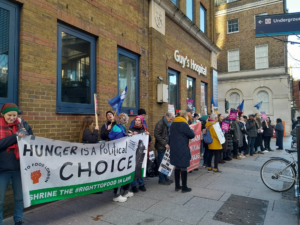 Right to Food activists at RCN picket lines in London

This latest crisis again shows failure of the capitalist market economy which brings chaos and fear into our daily lives. It is an indictment on the capitalist system that this generation feels no hope for humanity with nearly half of children globally feeling stressed by climate crisis and 75% see the ‘future as frightening’. 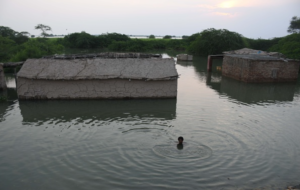 Rushi Sunak believes the free market is ‘as good as it gets’:

As a machine for innovation and growth the free market is positively correlated with almost everything we imagine is desirable for humanity: higher living standards, greater wellbeing, longer lives lived in greater leisure, freedom and peace. (Mais lecture,2022)

This seems a far cry from the reality of the past 40 years of capitalist neoliberal policies, under both Labour and Conservative administrations, that opened up our public services to be sold on the ‘free market’, to its finance system and global businesses. The belief that free market offers ‘best value’ in providing our public services was shown to be a fig leaf for greed by the Grenfell atrocity and the 72 lives lost and destroyed lives of families and communities.

It makes no sense that the UK government claims there is no money to fund pay rises or finance UFSM when £65 billion was found by the Bank of England to bail out the pension funds and stop UK economy crashing. Except this is how the capitalist system works, as we saw in 2009 when £137 billion of public money bailed out the banks to stop the system crashing. This is ‘bandit capitalism’ for Sharon Graham, General Secretary of Unite Union. The stock markets continue to make huge profits while UK and global hunger is unprecedented and getting worse. Since 2019, the number of those facing acute food insecurity has increased from 135 million to 345 million and every night 828 million people go to bed hungry. The finance industry speculate – that’s place bets – on cost of wheat which has driven up food costs. This is the free market’s impact on food prices, not only the Ukraine war, Brexit or Covid. The latest consequence of system failure. 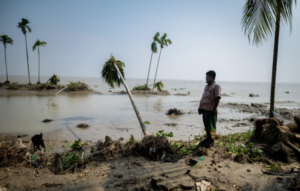 The global food system is unplanned and throws lives into chaos and hunger. Its crises also spark unrest and revolutions. Following 2008/9 financial crisis and increases in food prices, the ‘Arab uprising’ was started by Mohamed Bouazizi, food vendor in Tunisia who set fire to himself out of indignation of poverty. In Egypt the bread riots and uprising was led by the women factory workers in Alexandria who could not afford the wheat to make bread for families. The global powers and its institutions such as United Nations raise concerns about hunger and unrest but do little more. There is compassion and wish to end hunger. This will not happen without challenging capitalism and its institutions.

Humankind has evolved incredible technologies and logistical knowledge which today can help transform the global food system to enable us to plan local, regional and global food systems that protect the planet. The issue is to how to get control of the means to feed the world? At present supply chains centred on global business reach our high streets and our homes. We need governments in UK and internationally committed to tackling these supply chains and thus the ownership of multinational companies. Ownership can only be tackled through old fashioned nationalisation, in other words taking into common ownership the large companies which dominate the food system: agribusiness, catering and supermarkets.

In our communities, we know our needs and type of physical food environments that are protective for child health and health across all ages. We know, the importance of food for nutrition, and for the food sharing that is rooted in the collective care of our communities. Yet, what we eat is shaped by cost, choice-editing of multinational food companies, apps, algorithms, personalised nutrition and undemocratic planning laws. We have no control over high streets and lack time, money and space that enable us to take part in meaningful local democracy to decide our needs and common, collective futures. In food poverty we see the food waste – ‘left over food’ – being dumped into our communities or sold through ‘austerity retail’. Our communities and sometimes individuals, are set against each other as we compete for tiny grants. We need food democracy so that we can control our local food economies but for this to happen, it must connect with meaningful local democracy. 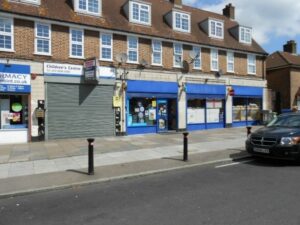 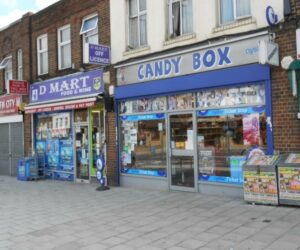 From class perspective, we ‘the working class’ are kept in place, at the bottom of society. So while Rushi Sunak, Jeremy Hunt and team cry crocodile tears at the coming hardships it’s worth remembering the words of Warren Buffet, the second richest person in the World. In 2006 he said

We need our elected representatives to understand this sentiment: that this latest attack on the rights of people in UK is an act of ‘class war’.

In London, we need the Greater London Assembly (GLA) and councils to make that happen. 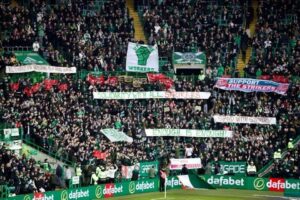 (flying flags of solidarity and RTF at football grounds)