Weight bias in the UK is rife. It has become part of a hostile environment of stigmatisations and discriminations that promotes social divisions and allows inequalities to flourish. Creating social hostility towards specific groups of people can be due to political decisions or unintended consequences of policy.

Social issues can become politicised in order to meet party-political aims or be underpinned by beliefs or both. For example, Conservatism believes that capitalism – the free market economy – is the best way to advance human progress, including health: Theresa May Prime Minister 2017-2019 says it is the ‘greatest agent of collective human progress ever created’. In a free market we are all free as individuals to sell our abilities to work, in competition with others, to make money, make choices and buy property or businesses. To be successful or not. The state supports these freedoms by setting free the market from regulations, employers and workers free from trade unions, and right to buy public services and assets. The result being privatisation with a hollowed out state, lower trade union membership,work precarity and increased inequalities.

The problem is how can we have these freedoms when a few firms dominate the world market? For example, ten companies control almost all of global food and beverage production, as this visual from Oxfam shows: 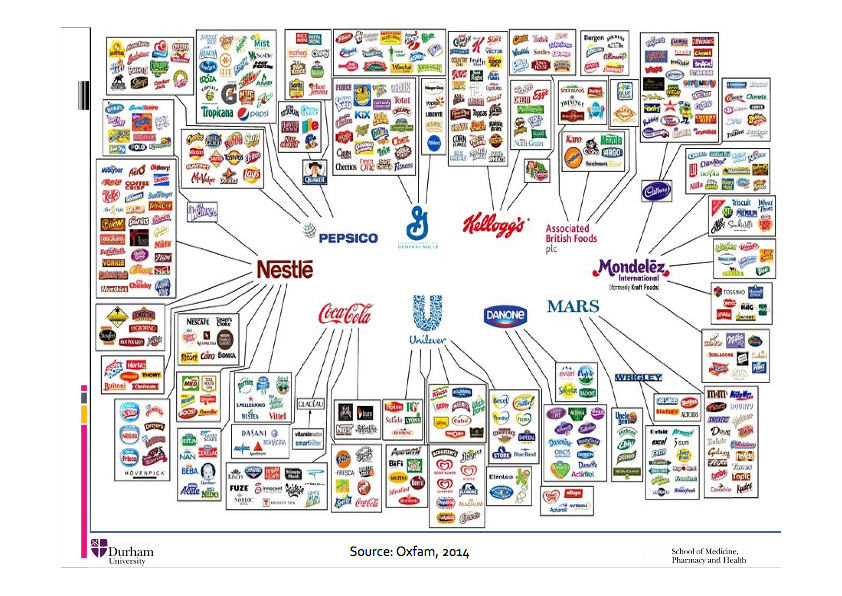 Alongside these companies and brands, there are a small number of agribusinesses controlling food manufacturing that today involves genetics and modifying of seeds and breeding (livestock genetics) to make edible products. Food companies have enormous power, for example, Walmart (the world’s largest retailer) had revenue larger than Sweden’s gross national product in 2009. At city and community level, London’s independent takeaways are largely supplied by 3 London-wide major suppliers, and school food is provided by multinational companies. In contrast, there is a survival of the fittest scenario for food start-ups on our high streets that have one of highest business failure rates. At the same time, workers face precarity with average real wages lower in 2018 than in 2008. The point being, that the free market (here the food industry) is owned and controlled by a small number of companies. Yet we are supposed to believe we as free individuals can ‘make it’ and be successful!

The fact that we cannot all be ‘successful’ is explained by Boris Johnson who says: ‘I stress – I don’t believe that economic equality is possible; indeed some measure of inequality is essential for the spirit of envy and keeping up with the Joneses that is, like greed, a valuable spur to economic activity … More so, that inequalities in abilities and spiritual worth are inherent to being human.

So, it is believed by those in power that some are born to be successful and others not. This is convenient for free market economy that cannot deliver equity because it is based upon exploitation. While others on the political right might not be so explicit as Boris Johnson, their policies speak loudly through the impacts of austerity on deepening inequalities. As Sir Phillip Alston, UN Special Rapporteur on Poverty and Human Rights highlighted in 2019, there are 14 million people in poverty in the UK and 2000 food banks, which he linked to the political ‘austerity experiment’.  This was rejected by the UK government as Amber Rudd, says: 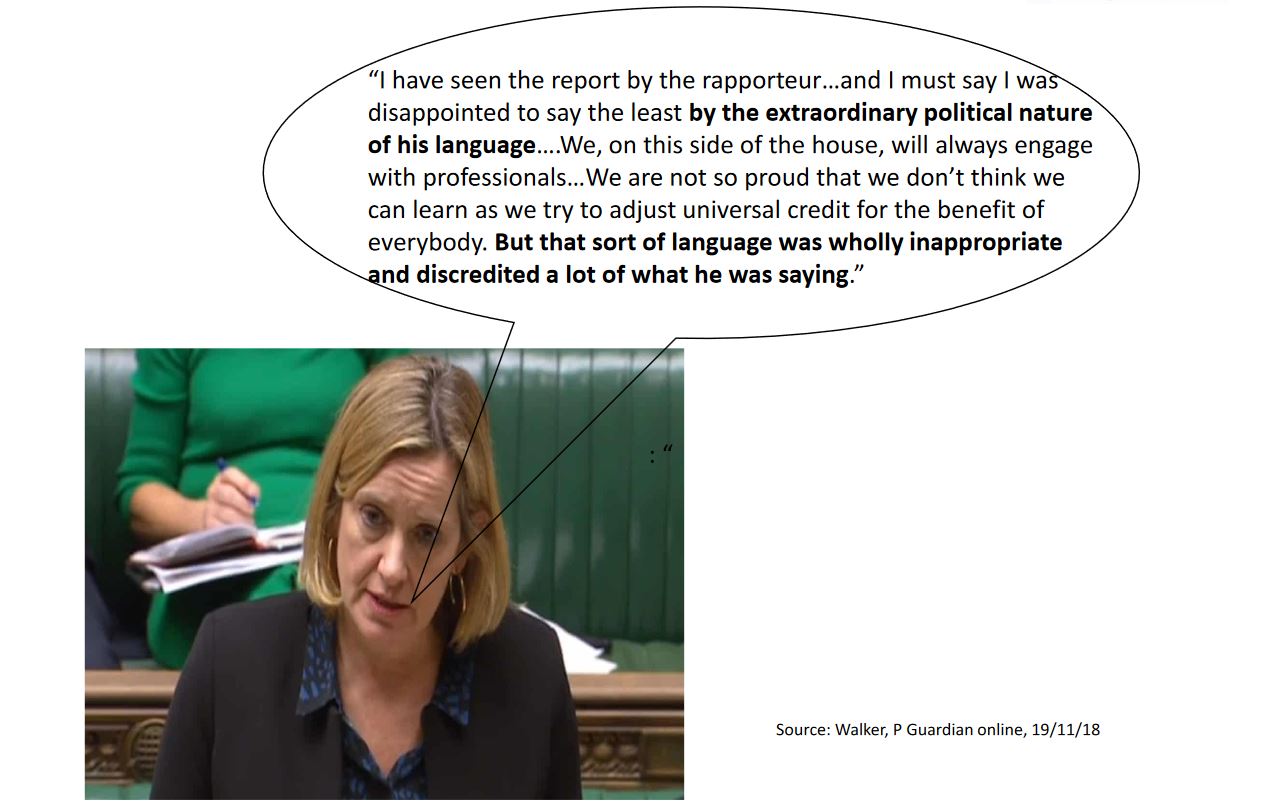 Inequalities are not seen as the problem. Instead it is ‘obesity’ as Theresa May states: ‘The health and well-being of our children critically determines their opportunities in life. Today, nothing threatens that more than childhood obesity’.

So, what has the free market to do with the shape of our bodies, our health and the belief of famed broadcaster, Michael Buerk, that ‘obese’ people should be left to die young? Writing in the Radio Times he said ‘The obese will die a decade earlier than the rest of us’ and ‘[they should] see it as a selfless sacrifice in the fight against demographic imbalance, overpopulation and climate change.’

The causes of ‘obesity’ are known to be complex and multifactorial. Two key factors are genetics and deprivation and not ‘weak will’ or ‘choice’ as Michael Buerk insisted when he said ‘freedom to make bad choices is what personal autonomy, indeed democracy, is all about … who is to say longevity is the ultimate goal in life?’

What freedom of choice do we have without the social rights to enable choice? My new research with working-class caregivers with higher weight children shows their freedoms are constrained by material conditions or social realities: long working hours, low wages and local streets saturated with foods harmful to health. For them, choice is determined by affordability and availability. Public Health England warn parents of health damaging foods yet these are often the only food options available in deprived areas. So caregivers describe having no choice when the only choices in their communities are ‘unhealthy’. This stood out in contrast to food options available in affluent areas. It matters because in terms of life ‘longevity’, the gap in life expectancy is 10 years (for men) between the 10% most affluent and 10% least affluent areas. Whilst maybe not aware of the data, caregivers assumed foods of poor nutritional quality were ‘dumped’ not only because government does not care but because their children’s lives mattered less.

For them, government, national and local, are only concerned with making money and allowing food companies to manufacture and promote children’s foods that are harmful to health. Parents ask why these foods are allowed to be sold, as this mother Andrea, says:

Food companies have got to be answerable to somebody … it has to be government. They’re obviously not doing anything that’s deemed as illegal because they’re allowed to do it … Nobody in government is doing enough about these companies and what they’re being allowed to do. It’s the revenue behind it … they’re allowing kids to drink these drinks, and access these foods for years and haven’t done anything about it have they?  They said they put food labelling on it but the products are still there?

The shaping of our communities and our health conveniently fits with corporate goals of profit-making as shown by Carolyn Mahoney (2015) whereby foods are designed and targeted for ‘people like us’ through advertising and algorithms.1 In health terms, the effects of food environments are explained as a reinforcement of behaviours. Thus policy should change the default choices. Whilst recognising the constraints of poverty on caregivers, others argue for small changes that help ease the ‘cognitive load’, and advocate policies to ‘end the blame game’. However, although the structural constraints are acknowledged, the continued focus on psychology and the individual, may unintentionally reinforce stigma and blame. If blame is to be shifted from the individual, a societal approach to health should first tackle inequalities and enable social rights.

In sociological and political terms, the food environments in deprived areas are part of social reproduction, of keeping people and classes fixed in place.  That includes health status as shown by the social gradients. For example, ‘obesity’ prevalence for England’s most deprived children is double that of the least deprived. 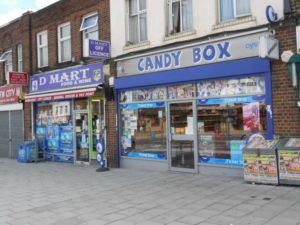 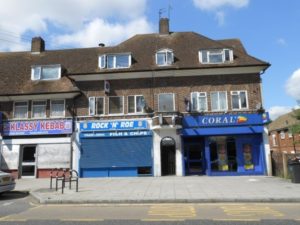 Here a mother of a higher weight child says:

It’s [about] keeping the adults on their liquor, the kids on the sweets and then the take-aways for dinner … It’s what we’re seeing everyday so all we think about is sweets and drinks … It’s like the betting shops … a lot more people are doing it … it’s not good

In contrast, the food options on the high streets of affluent areas enhance health as this working-class mother says:

Now that looks pretty. Its looks like that would be more healthy … it looks like a little health food shop … it’s not life threatening. 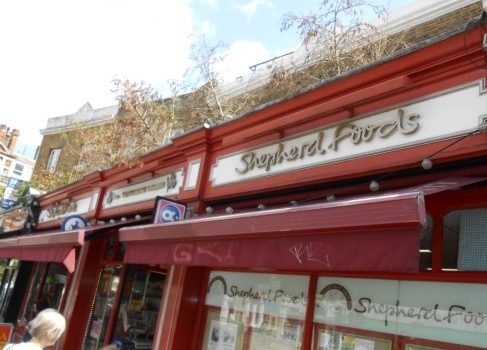 These mothers’ words powerfully illustrate Bourdieu’s symbolic violence: food shops we see every day and take for granted have a hidden oppressive effect. That is, the food environment affects health and symbolically exercises a ‘soft power’ that socially reproduces class and health inequalities. These environments convey a message to caregivers in deprived areas: children’s lives are devalued.

And, what of democracy? These caregivers had no say in policy making that decides which shops are in their high streets. The decisions are made by local councils and the ‘market’ algorithms, not residents. Caregivers want most fast food outlets replaced with healthy, culturally diverse cafes and social eating clubs for families, as part of redesigned high streets with affordable  (opens in a new windobutchers, bakers, grocers and foods fresh from farms.

Collective care in the working class

While knowing poor choices are forced upon them caregivers take ‘ultimate responsibility’ for their children’s health. This is a collective care for children in their community highlighted through volunteering in school and community food projects despite the pressures on their time and money. To them, food practices are collective and they suggested socialised eating. In contrast they pointed to the government cutbacks in services which support for parents such as the children centres that once provided family and community eating.

“Health has become the stick with which to beat fat people ….”. It has become a means to blame, shame and scapegoat ‘obese people’ for the ongoing crisis in NHS which in turn veils its restructuring to the free market.

So, are Michael Buerk’s words soon to be forgotten or are they a harbinger for worse to come? Has the hostile environment succeeded in desensitising us to nearly 600 deaths of homeless people on our streets every year? To rising mortality rates since 2014? Rising infant mortality rates? What is the outcome in denying free school meals to children in families with no recourse to public funds, if not to teach young minds that ‘others’ are undeserving of rights and food, and therefore go hungry?

What will the UK become with Prime minster Boris Johnson and his right-wing free market government? A fully Americanised market society with greater powers to the elite, the rich and powerful, and deepening inequalities? It’s a context for growth in stigmatisations as a policy process of social divisions that serves to maintain the establishment.2 Such divisions cross-cut ethnicity, gender, class, our bodies and rights to health.

People with higher body weights already face discrimination including lack of access to healthcare and tertiary level support. Would this be solved by reclassifying ‘obesity’ as a disease? I argue not, for many reasons (to follow) but for now, it will surely deepen stigma and discrimination.

In my research caregivers had policy solutions divergent with neoliberal thinking and behaviourism as public health policy. Instead of focusing on the individual, policy should tackle the structural questions, ending voluntarism on the part of the food industry and focus on nutrition equity and not the ‘obese’ child. Policies that enable all parents to provide the care they want through providing social rights to decent income and work life balance.

Get active and build the resistance!

When Michael Buerk talks about choice it’s far from the reality of ordinary people. His notion of choice is in the context of neoliberal market fundamentalist society. The market penetrates every aspect of life including resistance to weight bias. Movements such as body positivity potentially counter stigma however the market commodifies this resistance. We need to build movements to advance body and weight equity, health equity, social rights and, ultimately, democracy. These should be underpinned by unity to defend the rights of the most marginalised that otherwise will be used to attack the rights of all. We need movements that are not based on capitalist ideology and free market but on principles of organising society based on collective and socialised thinking and actions: a socialist ideology and economy.