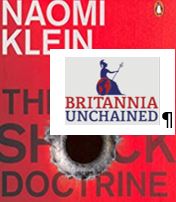 As we enter the Covid recovery period Laurentina, who runs food distribution service in deprived area of Deptford, London SE8, says ‘we’re preparing for dark times’. With other mothers in the community centre she is stepping up grant applications to feed hungry children, collecting second hand clothes and building the community network of support through the food project. For Laurentina, community food – providing good nutrition to the public – is about maintaining health and wellbeing, and about organising a community. We need to consider what Laurentina’s thought provoking insight about the government’s ‘Plan to Rebuild’ means for all of our working-class communities. Will they re-energise the economy in the interests of the many or is this another opportunity for disaster capitalism that could combine with no trade deal with the EU at year end and even a Covid second spike?

As the pandemic hit an ill-prepared UK government it was the front-line workers in NHS, education, public health, food and transport systems that kept the country running despite increased risk to themselves. In gratitude the country clapped for the NHS and key workers, the Conservative government built the private enterprise Nightingale hospitals, promised an additional £3 billion investment through radically shaking up the NHS. The above inflation pay rise for some does not counter the cuts in living standards in real terms since 2010. What is their underlying message?

Two books come to mind to help think about our immediate future: Britannia Unchained and the Shock Doctrine. Britannia Unchained was written as the austerity years unfolded by five members of Boris Johnson’s cabinet (Kwasi Kwarteng, Priti Patel, Dominic Raab, Chris Skidmore – in cabinet until February 2020 – and Elizabeth Truss). They see the problem in the UK economy as one of mindset and values, of diminished work ethic, a culture of excuses, work shy, laziness, of subsidies and dependency. The education system is not geared towards the work ethic. It pointedly says ‘deep austerity cuts facing Greece and Italy have been avoided, so far, in Britain. Yet many of the structural problems in the economies of the countries of Southern Europe are shared by Britain’.  It has optimism for the UK because its demographics of comparatively young population can be the means to develop the economy. And argues, that British wealth and resources need to be made into a climate that is attractive to business ‘making it easier to recruit and reducing the tax burden’. It is socially divisive between younger and older people and different groups of workers. The FT makes the point that ‘The authors of Britannia Unchained may remain, … bit-part players on the political scene’ or apply back bench pressure. However, that is not the case now. Instead they govern together with other hard line neoliberal free marketeers under a leadership that believes inequalities should exist, despite recent rhetoric as the injustices were laid bare by Covid 19. Britannia Unchained is politics of inequality and social division.

With the belief that capitalism, competition and profit, are the only way to progress society they have no alternative other than to make money out of everything – including public health crisis. Naomi Klein wrote Shock Doctrine following the devastation of Hurricane Katrina in 2007, as the death and devastation unfolded. Huge amounts of state money were used for rebuilding the economy, including schools, but not through the public sector instead public wealth enabled massive privatisation (Klein 2007 p.299). A further shock therapy was carried out after 9/11. As President Bush paid tribute to the front-line rescue workers of whom 403 died in the attacks, his team drew up plans not to privatise but to build ‘a disaster capitalism complex …new economy in homeland security … and disaster reconstruction … running a privatised security state at home and abroad’ (p.299). Talking about post 9/11 period Naomi Klein says:

‘It was the pinnacle of the counterrevolutions launched by Friedman. For decades, the market had been feeding off the appendages of the state, now it would devour the core’ (p.299) … That the ‘9/11 changes everything mantra’ allowed the conservatives – and the corporations they serve, to more easily put through their agenda (p.299).

It’s no accident that as Covid-19 hit us, the believers in Britannia Unchained and their cohorts have turned the crisis into an opportunity. Highest ever levels of UK Government borrowing stopped economic collapse, and reinforced health and food systems but with largescale use of private contractors in case of the health service and charities in case of food. Although some of the radical shaking up of the NHS, such as responsibility returning to central government, might at first glance be welcomed it also comes with a warning sign of ‘Britannia Unchained et al’.

The final point for now draws on Shock Doctrine and the role played by ideas such as the ‘War on Terror’ that served to disguise the US conservatives’ agenda. Going forward, we need to be aware of the ‘wars’ on obesity or inequalities behind which lies a socially divisive agenda of the UK conservatives and the corporations they serve. If ‘dark times’ are ahead we need to avoid stigma and social division and instead build unity to effectively campaign; starting with decent universal incomes that cover all living costs and to organise for capacity to feed all in need.

See: Covid-19: food and health inequalities and the future of public health nutrition